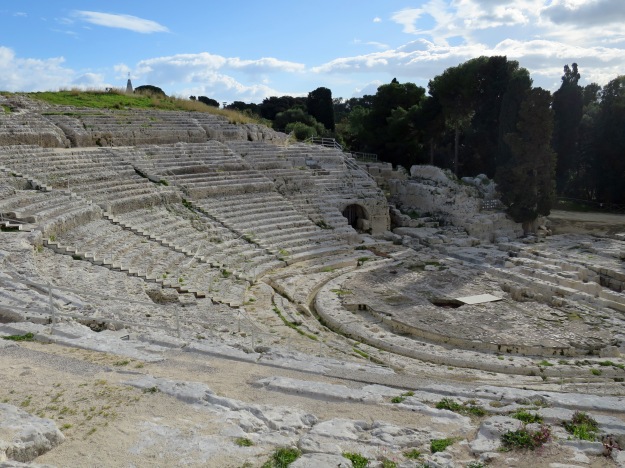 Cold, blustery weather required us to postpone a visit to the Neapolis Archeological Site, but we got lucky the following day. END_OF_DOCUMENT_TOKEN_TO_BE_REPLACED 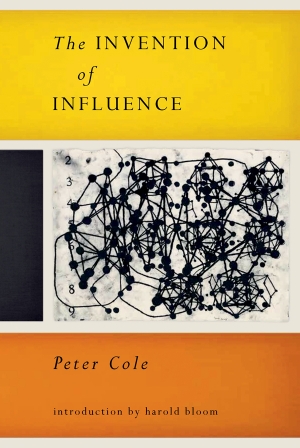 . . . thinking we know where we’re going and then
getting somewhere, despite our intention.

I was tempted into reading poet Peter Cole’s book, The Invention of Influence, by a review in Jacket2.  From the get-go, the signs augured that I’d be in well over my head. Cole is, among other things, “a translator of Hebrew and Arabic poetries, modern and medieval” [Jacket 2], about which I know nothing. But I was intrigued by the idea that his work with translation so powerfully informed his poetry—that Cole was, in this sense among others, a Pasternakian sponge:

[Cole] practices writing as a form of translation, as a “being between” fixed places, with the poet as a transponder, not an orator, a conduit, not a usurper.” [Jacket 2]

I don’t have “proper” receptors for understanding this book of poems, but I’m attracted by its ideas and methods and impelled to attempt to “make it mine.” Here are three examples of my admittedly peculiar process. END_OF_DOCUMENT_TOKEN_TO_BE_REPLACED 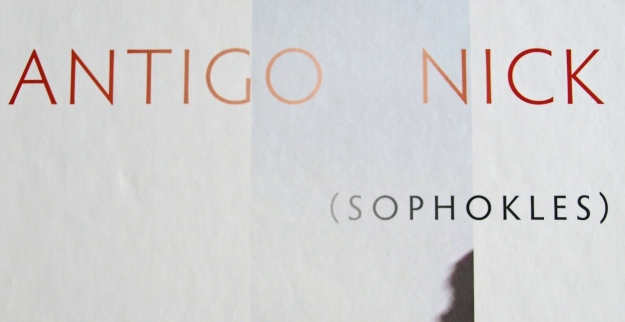 and/utterance and thought as clear as complicated air . . . he/ taught himself

When in the presence of so protean a creative intelligence as Anne Carson’s, I try to drop all preconceptions and follow where she decides to go. From my explorations of The Autobiography of Red and Nox, among others, I’ve learned that the journey will be rich. So when I spotted Carson’s latest book, Antigonick, in a bookstore, I snapped it up. END_OF_DOCUMENT_TOKEN_TO_BE_REPLACED