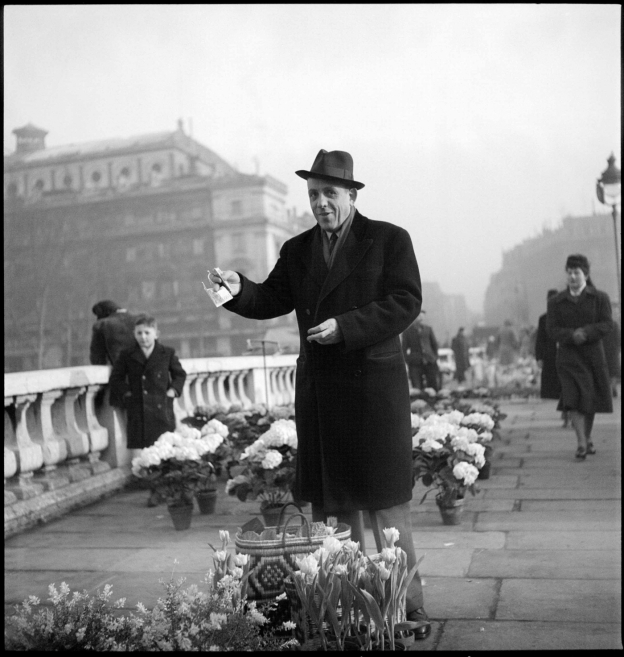 If I no longer send you my music it is because I simply do not think it would interest you any more.
—Poulenc to Igor Stravinsky, Letter 343 (1962)

I used to listen to composer Francis Poulenc’s Gloria and Stabat Mater so much that I wore them out. From time to time, I’ve thought to add some pieces to my Poulenc listening repertoire, but I never got very far. I did, however, read Echo and Source, Selected Correspondence 1915-1963, on a prompt from David Nice:

Steeped in Poulenciana, and happily ploughing my way through the correspondence, I’m always aware of the sheer joy in his tradition-conscious music. He loves what he absorbs. But he also realised his limitations. He writes to a friend in 1942: “I am well aware that I am not the kind of musician who makes harmonic inventions like Igor [Stravinsky], Ravel or Debussy [always the top names among living composers he tended to cite, along with Richard Strauss and Prokofiev, occasionally Hindemith]. But I do think there is a place for new music that is content with using other people’s chords. Was that not the case with Mozart and with Schubert? And in any case, the personality of my harmonic style will become evident.” [Letter 160]

It’s a captivating read. I marked passage after passage and noted works for a listen along the way. On finishing the book, I planned to write a post about Poulenc, but didn’t follow through.

What composers value in new music differs from what most people would enjoy in it. They’re looking for a new paradigm, a new Moses, and they don’t want something that’s (as I was told at the ISCM conference in Vienna) “too much written for the audience.” They seem to want something mystifying in its aura of objectivity. As a result they exalt composers like Schoenberg above someone like Poulenc, whose music I’d prefer any day . . .

Close on the heels of Gann’s comment, a wonderful compatriot at GCAS, Bert Carter, posted several pieces there to mark the anniversary of Poulenc’s birthday (1/7/1899), three of which have enthralled me ever since. The first was the Concerto for Two Pianos (1932). I had no clue about its irony—I only figured that out later—but I latched on to its energy and tunefulness and never let go. The two chamber works, the Sextet for Piano and Wind Quintet (1932) and Oboe Sonata (1962), took me a minute or two longer, but within the first hour of hearing them, these three pieces became my listening list for the best part of several days (and again today).

As I listened, I thought, well, here I am again, sinking back into good old-fashioned nice-to-listen to (some would call that “tonal”) 20th C. music. I’ve mused in these pages about what “great” and “masterpiece” really mean and pondered from time to time whether I’m out of step if I don’t “get” what’s perceived to be the next big thing. As I listen to Poulenc, however, I enjoy it so much that “frankly, . . . I don’t give a damn.”

That’s the raison d’être for this post, nothing more, as I’ve got to get back to listening to Poulenc. Perhaps you’ll join in.

Listening List (Credit goes to Bert Carter for noting these selections and their YouTube performances. The chamber works may be found on a new CD, “Francis Poulenc: Complete Music for Winds and Piano,” performed by the Iowa Ensemble. IPR Classical Music Host Barney Sherman’s review of the CD may be found here, along with a number of other interesting 2015 selections with connections to Iowa, and in another review here. This CD is now on my “to buy” list.)

In 1931, Poulenc wrote Henri Sauguet, noting the Sextet, among other works:

What’s more, I am feeling very much on form at the moment. I don’t know what the musicians or the public will think, but I don’t give a damn, for I know that I am right. It is more courageous to grow just as one is than to force-feed one’s flowers with the fertilizer of fashion. [Letter 114]

I am delighted that my Concerto for two pianos is already being talked about in Belgium. I’ll admit quite immodestly that it did in fact stun everyone at the Festival. Even poor old Pruneton in this week’s issue of Les Nouvelle Littéraires had to acknowledge that it got a “triumphant reception.” [Letter 121]

During a trip to New York in 1960, Poulenc wrote Pierre Bernac:

The Sextet is being played EVERYWHERE. Wind instruments are the great vogue here. Fashion is a funny thing—a wind quintet can fill the Town Hall. Not to mention two pianos! [Letter 312, n. 3]

The oboe sonata, Poulenc’s last work, was dedicated to the memory of Sergei Prokofiev.

Sextet for Piano and Wind Instruments

(In this performance, by Ensemble ACJW, a fun footnote is that the oboist, Stuart Brezcinzki, is currently a core musician with Contemporaneous.)

Sonata for Oboe and Piano

Bonus Track: Stephen Johnson’s excellent discussion of the Concerto for 2 Pianos, with numerous helpful examples, is on BBC Radio 3, here.

Bonus Bonus Track (also added to the Spotify listening list): Concert champêtre, FP 49 (1927-28), 1st Movement below, 2d movement here, 3rd movement here, all performed by the Texas Festival Orchestra, with a thousand thanks to Kyle Gann for noting this piece.

Credits: The letters quoted in the text may be found in Francis Poulenc: Echo and Source: Selected Correspondence 1915-1963. Sources for the remaining quotations may be found at the links in the text. The source for the head photograph may be found here.

17 thoughts on “Three Pieces by Poulenc”