[Foulds] had ideas no one else dared have and he brought them to life.
—Sakari Oramo

In early June, I snapped several photographs at the Walkway over the Hudson and Innisfree Garden, and it seemed I ought to put them up somewhere. Along the way, several signs have pointed me to the music of John Foulds. First was a Proms concert to which I was (easily) lured by the promise of hearing Sakari Oramo conduct, among other works, Nielsen’s Symphony No. 6 ‘Sinfonia semplice.’  Tucked in ahead of the Nielsen was a small work by Foulds called April-England, about which David Nice provided a colorful description on The Arts Desk:

Oramo served up the real rarity by a composer he’s championed before, the fitfully fine John Foulds – his orchestration of the piano piece April – England. Its lush profusion, a psychedelic counterbalance to the sombre Tapiola, starts with a jolly Graingerish tune, but the steroidal effect grows triffids in the English landscape before an interesting series of solemn chords.

Then, over at GCAS, Brian Long alerted us that, “This morning I have been re-acquainting myself with a two-CD set of music by John Foulds. It is well worth it.”  The CD-set in question was John Foulds: Orchestral Works with Sakari Oramo conducting the City of Birmingham Symphony Orchestra and Peter Donohoe as pianist. Among the works listed, Foulds’s Dynamic Triptych immediately caught my ear. Stephen Johnson wrote of the piece:

What an awe-inspiring magpie of composer was John Foulds! Listening to the piano concerto Dynamic Triptych (the star piece on this disc) you might think the man was determined at all costs to avoid being pigeon-holed: echoes of Bartók, Stravinsky, Koechlin, Skryabin, Holst jockey for position with bursts of garish American and gentler British light music. It’s an initially disconcerting, ultimately enthralling cornucopia of a style. But here’s the paradox: a ‘style’ it definitely is. Nobody else could have fused these elements with quite the same confidence, somehow innocent and knowing at the same time.

. . . in some ways looks forward to Ligeti or the mimimalists, and was like a postmodern composer in his wide influences and the way he moves from atonality to tonality, often abandoning any harmonic centre.

Perhaps my favorite description of Foulds and Dynamic Triptych comes from pianist Gary Chapman, who performed the work with the Eastern Connecticut Symphony Orchestra in its North American premiere.

Part of what I really love about the ECSO premiere is that it provides clear evidence of the validity of Alex Ross’s observation that “big-league orchestras are not, by and large, where the news is being made.”  And while we’re at it, let’s also applaud Jason Weinberger, artistic director and CEO of the Waterloo-Cedar Falls Symphony, for his comment in response to Ross’s observation:

I’ve built my career around serving as a musical and community ‘organizer, instigator, mediator’ – not to mention educator, advocate for living music, and proponent of creative, exploratory, non-formulaic programming. Which is, happily, why I have long since shed any ambition to work regularly with so-called ‘big-league’ orchestras.

And I say amen.

II. Dynamic Timbre and III. Dynamic Rhythm may be found here and here.

In a pre-concert talk on Foulds’s work, Malcolm MacDonald offered some background on Dynamic Triptych and Foulds’s work generally:

In 1915 he’d met the violinist Maud MacCarthy, who became his second wife, and was at that time one of the leading Western authorities on Indian music. She’d been close to one of the leaders of the Theosophical movement, Annie Besant, and had actually studied Indian music on the subcontinent, noted down folk music in the villages and collected Indian instruments. Through Maud MacCarthy, Foulds gained a knowledge of oriental music, unusually detailed for the time and not particularly romanticized.

One of the fruits of this knowledge was a very original cycle of piano pieces, the Essays in the Modes, published in Paris in 1928. These studies aren’t based on the traditional major and minor diatonic modes, but on scales derived from the 72 ragas of southern India . . . .

As with the pieces on Ancient Greek Modes, Foulds’s idea was that the seven notes of his chosen modal scale furnished him with everything he needed – each was a complete world of sound in itself . . . . Foulds only completed seven of these piano pieces . . . one of those rapidly metamorphosed into the first movement of a major 3-movement work for piano and orchestra – a Piano Concerto in fact, though he didn’t call it that: he called it Dynamic Triptych, and the three movements are a study in a mode, a study in timbre [which employs quarter-tones], and a study in rhythm . . . . So here’s another piece in a mode deriving from India but put through dazzling paces as the music seems to spread its wings and take flight. Again, throughout this entire very virtuosic movement only the seven tones of its mode are to be heard. [citation]

Additional information about Dynamic Triptych and the Oramo/CBSO CD (now part of the indicated 2 CD set) may be found here. 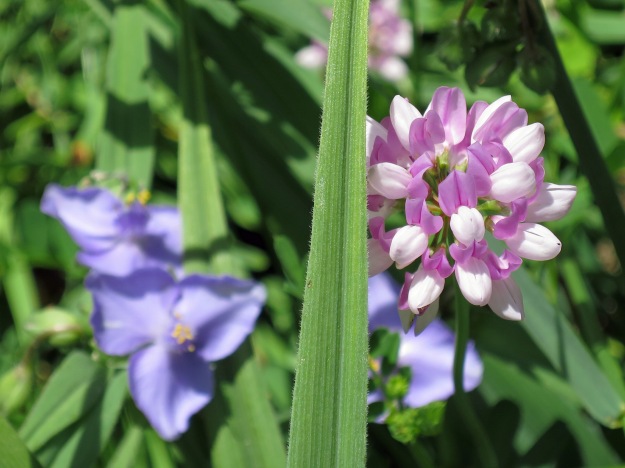 Credits: The quotations may be found at the sources linked in the text. The photographs, as always on the blog unless otherwise credited, are mine.