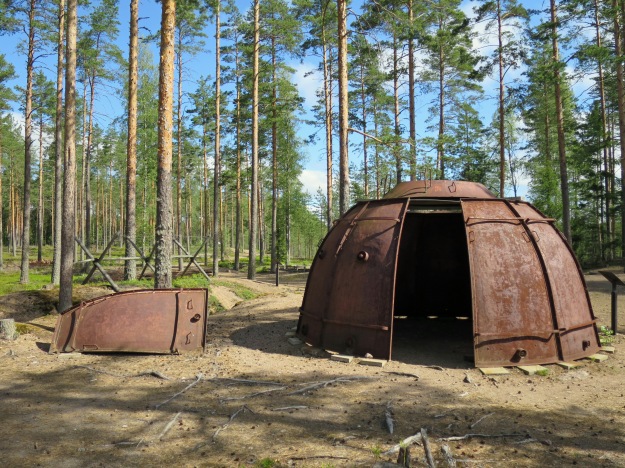 I will show you a way
that I have travelled.

In the middle ages, the King’s Road, now primarily a tourist attraction, was “Finland’s most important route.” [Baedeker’s Finland Guide 234]

Although rarely traveled by kings, the King’s Road was used by diplomats, couriers, and ordinary travelers. . . . [and] maintained by royal decree. The road was imperative for communication between the kings and queens of the Baltic nations. . . . Land along the road would be given to those loyal to the crown so that it would always be preserved. . . . little villages and hamlets sprung up to support international commerce – medieval style. [The King’s Road in Finland 2]

Our thought was to rent a car in Helsinki and meander, looking in on towns in the countryside along the way. The question was, in the time we had, should we head east toward the Russian border, or west, toward the archipelago outside Turku? Only in our household, perhaps, would the decision end up turning on two things, both to the east: Loviisa, with its wooden Old Town and connection to Jean Sibelius, and Virolahti, part of the 1200-kilometer Salpalinjan (Salpa Line) Bunkers along the Finnish-Russian border. We headed east.

We arrived at the Virolahti Bunker Museum just as it opened for the day. In the light-flooded café, young women stocked ice creams for visitors yet to come. A stray family or two appeared, and children played among the bunkers while their parents wandered the grounds.

Even on a sunny summer day, the Salpa Line at Virolahti, only a few miles from the Russian border, held the bleakness of an eerie frontier in its bones. A thick forest of trees towered over us. Scattered on the grounds were wartime artifacts: machine guns, a bunker partially submerged under blueberry bushes, wood-framed trenches, and Neolithic-seeming rows of stones. While an explanatory sign accompanied each artifact and exhibit in the attractive indoor museum, the signs were in Finnish, so what we saw was left as much to our imagination as to fact.

The fortifications never saw combat, as the Red Army’s advance was stopped behind the line. Notwithstanding that victory, World War II was a bitter time for Finland. In 1939, the Soviet Union invaded, starting the Winter War. Finland’s defeat in 1940 cost it more than ten percent of its territory, including the Karelian Isthmus and with it, Viipuri (Vyborg), which at the time was Finland’s second largest city. The peace after the Winter War was brief. In 1941, with Soviet air raids against Finnish cities, the Continuation War began. Supported by Germany, Finland gained ground, only to lose it again in 1944.

Väinö Linna’s great war novel, The Unknown Soldier, followed a single machine-gun platoon through the Continuation War. At the end of the novel, he portrayed the defeat through their eyes.

Finland’s war was over.

Mess tins hung over campfires as Mielonen strode along the road shouting:
—Anyone who wants to can come to the CP to hear the broadcast. A minister’ll be spouting.
The men were lying on the roadside, some asleep, others brewing ersatz coffee.
—We can hear him from here. And we know what he’ll say.
—Who cares what those bastards say! Speeches aren’t going to help anything. When your powder’s all gone, it’s better to keep your mouth shut than to go spouting about the rights of small nations. A dog raises his hind leg on them. [Linna 309]

In the course of the wars, close to 100,000 Finnish soldiers and civilians died, and the cost of peace was high. The final peace treaty terms maintained the Winter War loss of the Karelian Isthmus, including Viipuri/Vyborg, and added Petsamo (now Pechanga), “known for rich nickel deposits and where Finland’s only ice-free northern ports could be found.” The Finns were assessed $300,000,000 in reparations, which has been described as “four times as high as German payments between 1925 and 1930.” [Baedeker 56] With the loss of territory, “about an eighth of the Finnish population had to be relocated.”

Salpa Bunkers, in the Museum

Poet Eeva-Liisa Manner, born in Helsinki, spent her childhood in Vyborg and was directly affected by this loss.

The war years shadowed my youth. I was seventeen when the Russian planes started bombarding my home town of Wiborg on 30 November 1939, damaging it badly. At armistice, Wiborg had to be yielded, it remained behind the border – an endless source of nostalgia for one who had a catlike, persevering fondness for homestead. Even as a ten-year-old, I had spine-chilling dreams about the destruction of Wiborg, and from those times onwards I have been haunted by reflections about the nature and mystery of time. I believe that we have a false conception of time; everything has already happened somewhere in an unknown dimension. 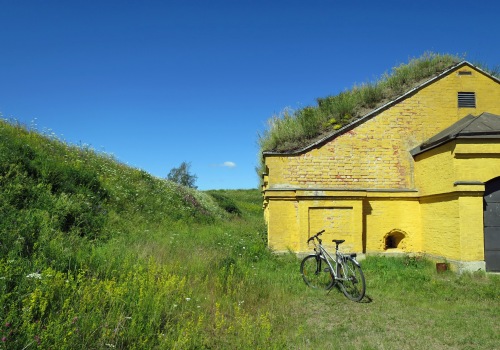 do you see how everything shifts
a little every moment 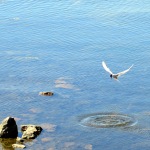 We took our leave of Virolahti and followed the old King’s Road west toward the fortress town of Hamina. Along the way, we stopped at a placid inlet off the Gulf of Finland to watch terns diving for fish. A flock of mergansers paddled in the distance, and an oystercatcher stood basking on a nearby rock.

Hamina means harbor, but the town center is on a hill. In 1712, the Swedish-Finnish army, retreating from the Russians, burnt Hamina (then Vehkalahti), to the ground. Vyborg figures into the history of Hamina, too. Having lost Vyborg to Russia, Sweden, in hopes of preventing further Russian advances, began construction of a star fort in Hamina, based on a 16th century Italian Renaissance design. Russia invaded again before the project was completed, though the Russians did continue work on the project in accordance with the planned design.

While the facts of Hamina’s history are hard to confirm with precision, the broad strokes seem clear. As the Rough Guide puts it, rather blithely:

For several centuries, these lands were playgrounds (and frequently cemeteries) for the Russian and Swedish militias—one bloody 1790 battle took the lives of some ten thousand soldiers and civilians—and at times the border dividing the two empires seems to have changed demarcation every couple weeks. Even for modern Finns, the region definitely stirs memories: its proximity to the Soviet border means it saw countless battles during the Winter and Continuation wars . . . [Rough Guide to Finland Loc 2692]

And Hamina today? The star-shaped core of the town remains, despite the destruction of many of its original wood buildings in 19th century fires. The fortress ramparts and bastions remain, as well. During the summer, the Central Bastion “is covered by the largest dismountable canopy in Europe. The stands can accommodate thousands of visitors.” Its 58 casemates, originally designed for bomb-proof storage, “have been renovated and equipped with modern technology,” not to mention, in some cases, modern WCs.

A battle of sorts was raging during our visit to Hamina, for the Finnish Championship in Pétanque. The world championship will be held this October in Tahiti, and the winning team from Finland is expected to be there.

you will come to a warm region
it is soft and hazy
but then I will no longer be me,
but the forest.

(This is the first of two posts of Scenes from the King’s Road. The second post may be found here.)

Uuno Klami (1900-1961) was born and died in Virolahti, Finland. He fought in five wars: two in Karelia, the Finnish Civil War, the Winter War, and the Continuation War. On Jean Sibelius’s recommendation, he received a small lifetime income from the Finnish government and was made a member of the Finnish Academy in 1959.

Rautavaara (b. 1928, Helsinki) dedicated A Requiem for Our Time to his mother, who died during World War II (whether the death was war-related isn’t clear). He wrote of it that “it explores the borderline between belief and doubt and concludes more in sorrow than in declamation.”  The work won First prize in the Thor Johnson Contest, Cincinnati, 1954. “Its success helped the composer to continue his studies in the United States (Jean Sibelius himself selected Rautavaara as the recipient of a scholarship from the Koussevitzky Foundation), first in Tanglewood, and later at the Juilliard School of Music.”

Rautavaara wrote A Soldier’s Mass “to commemorate the fiftieth anniversary of the Finnish army, and [it] reflects the personal experiences of the composer in the army, both during peacetime and as a teenager during the Second World War.”

In (poorly translated) program notes from 1970, Rautavaara commented that the Mass “considers the war and the soldiers in the soldier’s eyes, which are easily sarcastically.” As is evident in the music, “Gloria is an ironic view of the ‘fields of glory.’”

Credits: Eeva-Liisa Manner’s complete poem, Assimilation, from which the quotations in the post are taken, may be found here. The remainder of the quotations may be found at the links noted in the text. As always on the blog, the photographs, unless otherwise indicated, are mine.

15 thoughts on “Scenes from the King’s Road: Virolahti and Hamina”